Escalating fertilizer prices inspired the creation of this nitrogen-fixing, cold tolerant, non-bloating cover crop and forage. Discover what makes FROSTY such a unique legume and how it can fit into your cropping cycle.

BACK TO IT'S ROOTS

Berseem clover, Trifolium alexandrinum, is a cool-season annual legume that is native to the Mediterranean region.

For millennia, it has been the foundation for agriculture in the Nile Delta, featuring salt tolerance, high nitrogen fixation, and a synergistic relationship to alfalfa . Frosty, while preserving its Mediterranean genetics, has been bred for later maturity, cold tolerance, productivity, and  nutritional value.

There are two types of Berseem Clover, single-cut and multi-cut.  Single-cut varieties, like Balady, are quick to show growth and go to seed giving a narrow window for harvest. Multi-cut varieties, like Frosty, are capable of delivering multiple harvests in a single season.

Berseem clover has very low hard seed counts, allowing for quick establishment and lessening its potential to become a weed.

Frosty Berseem Clover also extends your growing season, but also extends the range of use significantly in the spring and the fall, both in the north and south. 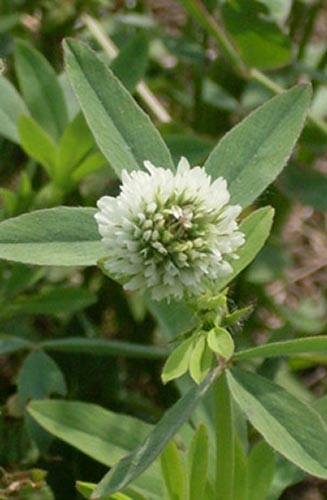